Coffee is Loaded with Antioxidants and Beneficial Nutrients 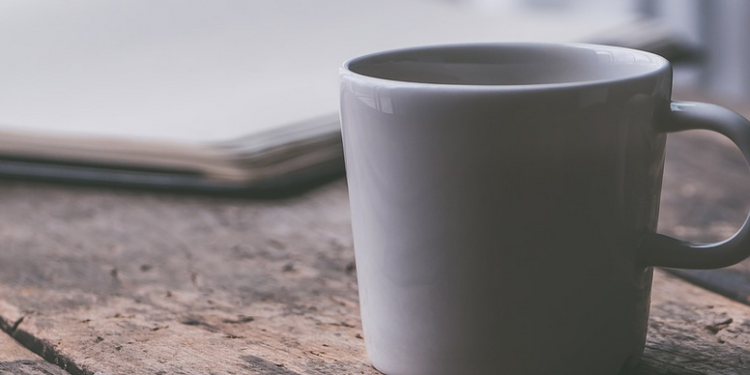 One little known fact is that coffee is actually fairly healthy. Among the beneficial nutrients, coffee is packed with powerful antioxidants. Because of this, some studies have shown that those who drink coffee have a lowered risk of a number of serious diseases. Here, you will learn more about the specific benefits of drinking coffee—which are much more than just giving you the energy to start your morning.

Many individuals drink coffee to help them get a boost of energy when they need it most, and this has been proven to be true scientifically. This effect is brought on thanks to the caffeine, a stimulant that is the most used psychoactive substance in the entire world. Once the coffee has been consumed, this chemical is absorbed through the bloodstream, and then travels to the brain. Within the brain, the caffeine will block Adenosine, an inhibitory neurotransmitter. As this happens, it leads to other neurotransmitters to increase, like dopamine and norepinephrine, causing neurons to fire more rapidly. In addition to increased energy levels, coffee can help to improve many aspects of brain function, including vigilance, mood, memory, and general cognitive function.

Caffeine is also commonly found in many fat burning supplements—it is one of the only natural substances that has been proven successful in burning fat, as it can boost the metabolic rate anywhere from 3 to 11%. Additional studies have shown that caffeine may increase fat burning by up to 10% in individuals that are obese, and 29% in individuals that are lean. Though it should be noted that these effects will taper off in those who are long term coffee drinkers.

Because caffeine works like that, it stimulates the nervous system, which causes the fat cells to break down body fat while the epinephrine levels are increased within the blood. Epinephrine is adrenaline—the right or flight hormone that readies the body for physical exertion. The process works as such: as the fat cells break down thanks to the caffeine, they are released into the bloodstream and are made available to be used as fuel as free fatty acids. Physical performance can be increased by up to 12% through the use of caffeine. Ideally, you would enjoy a cup of coffee about an hour before you plan on working out.

The most common neurodegenerative disease and leading cause of dementia is Alzheimer’s disease. Those who are 65 and older are normally who is affected, and the worst part is that there is no known cure for this awful disease. The next best thing is to take action and prevent the disease the best that you can, including doing things like exercising, eating healthy, and even drinking coffee. Several studies have shown that those who drink coffee regularly have as much as a 65% lower risk of developing Alzheimer’s.

In addition to Alzheimer’s, caffeine might lower the risk of the second most common neurodegenerative disease—Parkinson’s. This disease is caused by the loss of neurons that generate dopamine in the brain. Because there is also no cure for it, it is vital to focus on doing what you can to prevent it. Those who regularly consume caffeinated coffee lower their risk of developing Parkinson’s anywhere from 32 to 60%.

A few common diseases mainly affect the liver, and many of which have the ability to lead to cirrhosis, a condition in which the liver becomes mostly replaced with scar tissue. A healthy liver will contribute to many functions that are important to the body. Those who drink 4 or more cups of coffee per day have about an 80% less risk of developing potentially fatal cirrhosis.

Some outlets have expressed concern that caffeine will increase blood pressure. While this is a true statement, it is a very small and temporary increase, and may go away if you regularly consume coffee, but this is not always the case, especially if you have a normally elevated blood pressure. That being said, there are some studies that have shown a reduced risk of heart disease in women who regularly drink coffee, and a 20% lowered risk of a stroke for normal coffee drinkers.

Given all of this information, it would only make sense that those who regularly drink coffee may help them to live longer, as it has a significant overall impact of the ability to lower the risk of many diseases. In two notably large studies, coffee drinking men were associated with a 20% less chance of death, and coffee drinking women has 26% lowered risk of death, both over the period of 18 to 24 years. Interestingly enough, those individuals with type 2 diabetes had a 30% lowered risk of death throughout a 20 year study.

Antioxidants have been frequently talked about when discussion turns to diet, and coffee can be indicated as one of the most antioxidant rich items that is part of a standard Western diet. One fun fact is that many people actually get more antioxidants from coffee than they do from vegetables or fruits combined in their daily diet. That being said, no wonder coffee is regarded as one of the healthiest beverages available.

Next time you question whether or not you should have an extra cup of coffee, remember that when consumed regularly, you are actually helping your body thrive in many ways. Share this wealth of knowledge and remember that you cannot overload your coffee with sugar and expect to reap these benefits. The powerful antioxidants and other nutrients work best when combined with an overall healthy lifestyle and regular visits to your doctor.