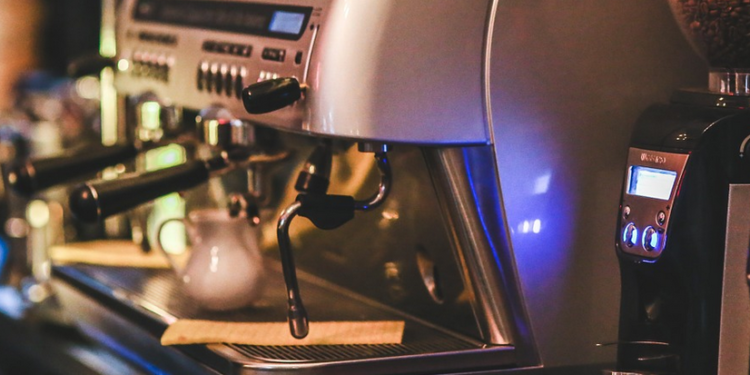 Legend tells us that the first coffee lovers were Ethiopian goat herders. These daring individuals first tried the berries of the coffee tree after watching their caffeinated goats dance with joy. Since then, coffee has become the second most popular beverage in the world.

There are two ways to prepare a cup of espresso coffee. There is the simple brew method that has been around since the 9th century. Then there is espresso. Espresso is made with pressurized steam and finely ground coffee beans. Popular since its invention in 16th century Arabia, espresso is a highly concentrated drink full of flavor and caffeine.

The difference between espresso and coffee may not be readily apparent. Many people who are just starting to explore coffee may even think it is the same thing! Nothing could be further from the truth.

Many people first experience coffee from a home automatic drip brewer. These machines produce hot water, then slowly release it through medium ground beans. Most drip machines use a fine paper or mesh filter to keep the grounds out of the drink. The filter also captures the natural oils in coffee. This decreases the body of the drink, making it mild.

The last widely used method is the percolator. These devices have a chamber for water and a chamber for coffee. A tube connects them. Water is heated to near boiling and forced up the tube. It drips over the grounds and back into the pot. Water can be pushed through the grounds many times to create a strong drink. It releases a very pleasant aroma, but can taste rather harsh.

No matter what kind of drip brew method is used, it cannot produce espresso. From the word Espresso, it is less watery than any drip coffee. It has a rich, thick texture in the cup. Steam brewed espresso forms a rich foam on the top of the brew called crema. Crema is not dairy or any other additive. This thick froth comes from the natural oils in the coffee bean. Well made crema will range from dark tan to a mahogany shade, depending on the beans used.

A modernespresso machine heats water to just below boiling under high pressure. Finely ground espressocoffee grounds are carefully tamped into the filter, forming a solid puck. Steam is forced quickly through the ground coffee. Most modern machines will also have a steam wand that is used to create lattes and cappuccino.

A serving of espresso is about an ounce. It is sometimes added to drip brew coffee to increase its potency. It is most often consumed with added whipped cream, milk or other flavors. Some hardy few drink it straight.

Coffee beans are like grapes. The taste depends on where they grow, what the weather was like and how they are handled. For these reasons, most espresso is made with a blend of beans intended to produce mild acidity, a full body and a balance of sweet to bitter flavor. Well-brewed espresso, unlike drip coffee, will have a complex flavor. Fruity flavors balanced with a bitter bite and a nutty undertone with a sweet and salty taste are all hallmarks of a good cup. The back of the mouth bitterness of espresso should be balanced with the front of the mouth sweetness. Bitter robusta beans are often used in espresso blends to bring that bitter taste out. Drip coffee blends rarely use robusta beans. It uses milder beans. Drip brewing can’t bring out the best in robusta beans.

Coffee beans do contain a large number of phytic and tannic acids. Too much of them can raise the pH level and change the flavor profile. How much acid ends up in your brew depends on how it was made and the type of beans used. In general, darker roasts have a lower pH and a smoother flavor profile. Lighter roasts are brighter, with a higher pH. It depends on the roasting process.

Espresso’s short brew time doesn’t generally allow many phytic and tannic acids into the brew. If the brew has a higher pH, the crema will look yellowish instead of dark.

Large coffee chains offer many types of drinks made with espresso. Most of them have lots of sugar or flavored syrup. Traditional espresso is a simple drink. It is made with a shot or two of espresso and little more.

2 espressos are two shots and are more popular than single espressos.

Regardless of the size, espressos are usually poured into a demitasse cups.

Demitasse cups –  are the small, often white, cups you see in coffee shops and restaurants and each holds 2 to 4 ounces of espresso.

For quality control purposes, many coffee houses choose to only offer double shots.